Starting up a hydrocracker after a catalyst change out can be a complex and potentially perilous task, especially when high-activity cracking catalysts have been loaded in the unit. Some hydrocracking catalysts may become hyper-active following the sulfiding step, preventing the introduction of reactive feed without experiencing serious temperature excursions. To moderate the activity of the cracking bed, nitrogen is often injected into the reactor in the form of aqueous or anhydrous ammonia. This step, called nitrogen passivation, effectively tempers the catalyst activity by bonding nitrogen atoms from the ammonia to the acidic sites on the zeolitic cracking catalyst. Once the cracking catalyst bed is saturated with nitrogen, feed can be introduced to the unit without the risk of excessive exotherms.

Handling ammonia is hazardous, however, and leaks or spills can lead to serious health and safety issues. This is particularly true with anhydrous ammonia, which forms a toxic vapor cloud if allowed to escape from a tank or piping. To exacerbate the problem, ammonia is typically injected at pressures of 1,000-2,000 psi. In addition, the pumps used to inject ammonia are notoriously difficult to prime and start up at these conditions.

To minimize the hazards of high-pressure ammonia injection, Reactor Resources introduced methyldiethanolamine (MDEA) injection for the nitrogen passivation of hydrocracking catalysts. When injected into the cracking bed , MDEA readily decomposes to form the ammonia needed to passivate the catalyst at temperatures above 360°F in the presence of hydrogen,  The other decomposition by-products of MDEA are methane, ethane, and water.

MDEA has many advantages over ammonia and other amine compounds:

MDEA has now successfully been used on the start up of ten (10) hydrocracking units without any catalyst performance or safety issues. UOP has evaluated MDEA in pilot studies and found that there is no difference in performance when compared to ammonia passivation. MDEA eliminates the handling of toxic ammonia and allows for a quick and safe start-up of your hydrocracker after a catalyst change. 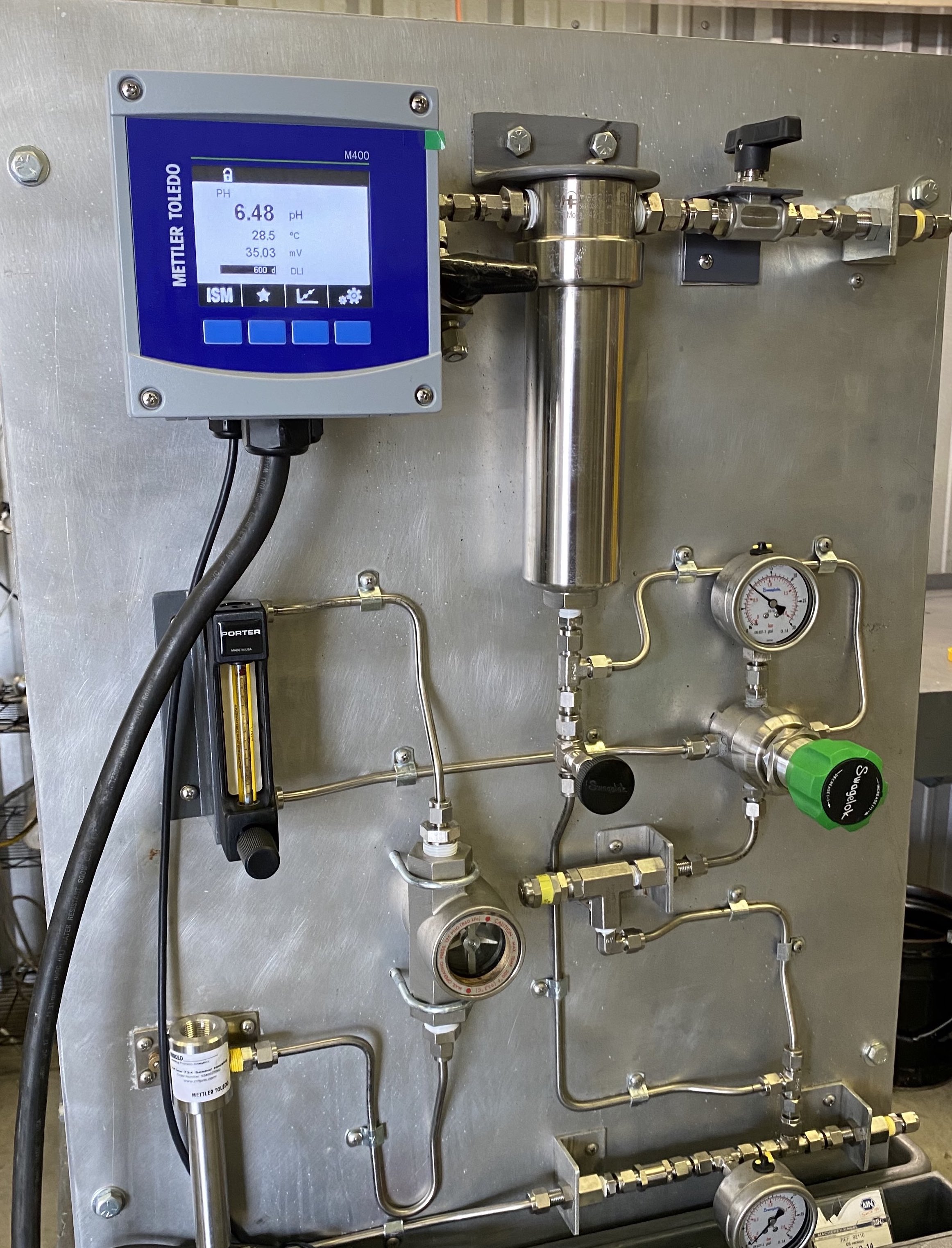 Reactor Resources can suppy an Online pH Analyzer system to measure the pH change of water coming from the separator boot. As with our other analyzer systems, accurate and timely pH measurements is an invaluable tool for controlling amine or ammonia injection.

Contact Us to discuss how our systems can minimize your sulfiding costs and startup time while improving operator safety.